Growing up, I can remember getting excited about family gatherings because of the food. My family can cook, let me tell you. So much wonderful food spread out on the long stretch of the counter at Grandma’s house. One of the best things there was my great-grandmother’s Old-Fashioned Boiled Dressing Potato Salad. This stuff is magical.

During the 16th century, Spanish explorers discovered the potato in South America and brought the vegetable back to their homeland; from there the potato was introduced to Europe by farmers and merchants.

Potato salad most likely developed in Germany. European style potato salad is generally served warm and incorporates vinegar or olive oil and herbs. Potato salad was later introduced to America by European settlers and, by the early 20th century, Americans created a variation of the European-style potato salad to include mayonnaise.

While my recipe is very, very close to great-grandma’s, it’s not exactly the same. The exact secret in her old-fashioned boiled dressing potato salad recipe seems to have died with her.

I remember a few years when we actually went to great-grandma’s early so that my mom could try to learn how to make her potato salad. Mom was right next to her in the kitchen, watching and writing down everything Great-Grandma did. It was like she was doing a report on it.

After all that scrutiny of how Great-Grandma made her Old-Fashioned Boiled Dressing Potato Salad, Mom STILL couldn’t make it the same. I can remember how frustrated she was. It’s still a running joke in the family.

I love anything that I can make a big batch of to share. I love throwing backyard BBQs and other parties where I get to feed family and friends.

There is just something magical about sharing my love of these people via their stomachs.

By feeding people, to me, I’m taking care of one of their base needs. Food is life, and by proxy me sharing food with them is me sharing my love. One of the best things there was my great-grandmother's Old-Fashioned Boiled Dressing Potato Salad. This stuff is magical.
Course: Salad, Side Dish
Cuisine: American
Keyword: bbq, picnic food, potato salad, side dish
Servings: 16

Looking for other great recipes? Check out my No-Mayo Red Coleslaw or Mom’s Spicy French Dressing.

« How to Properly Set A Table for Dinner
Organizing Your Day: Schedule Your Sleep » 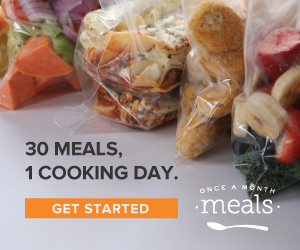